The Goddess Durga, an inspiration to my new tattoo 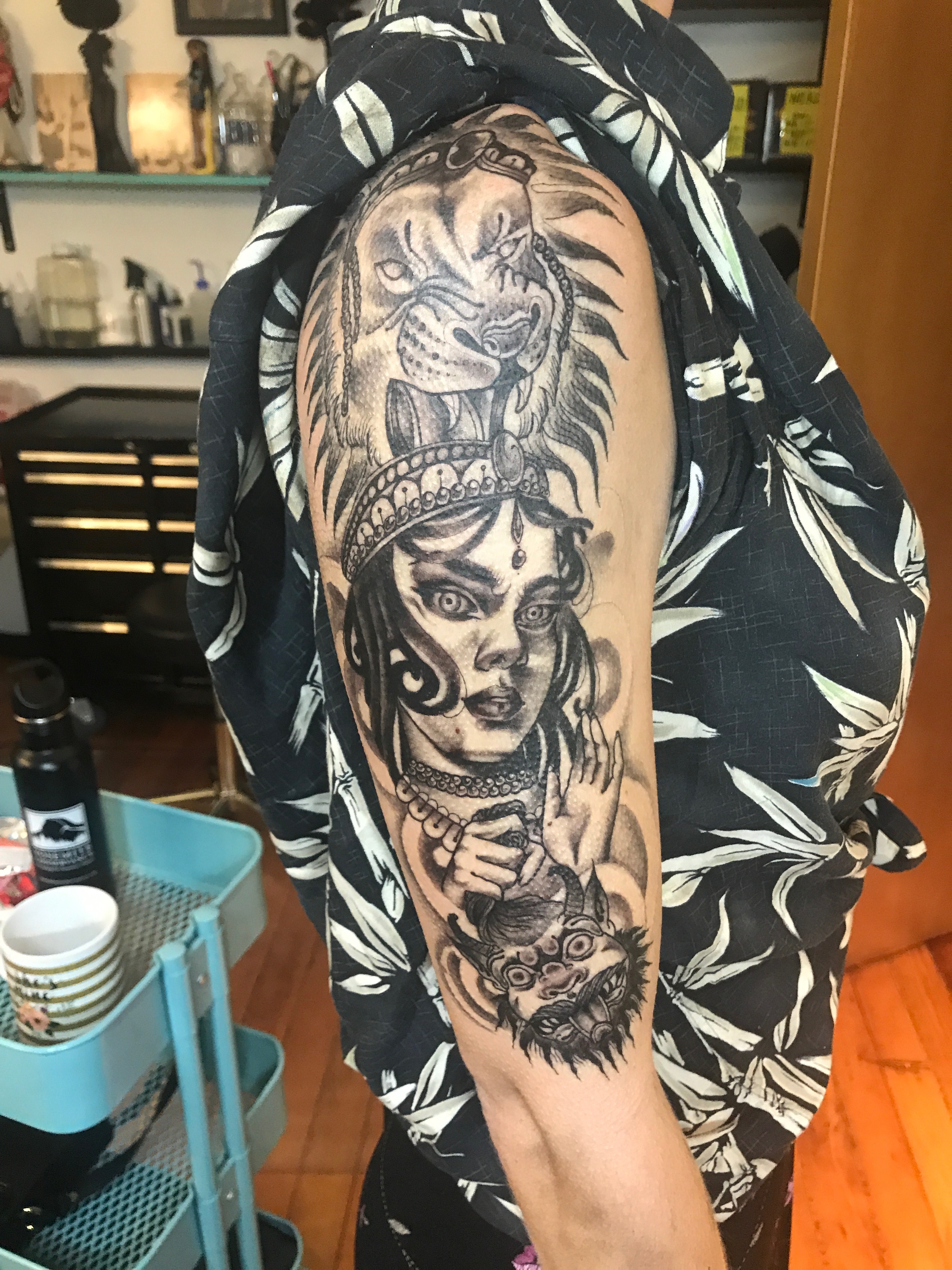 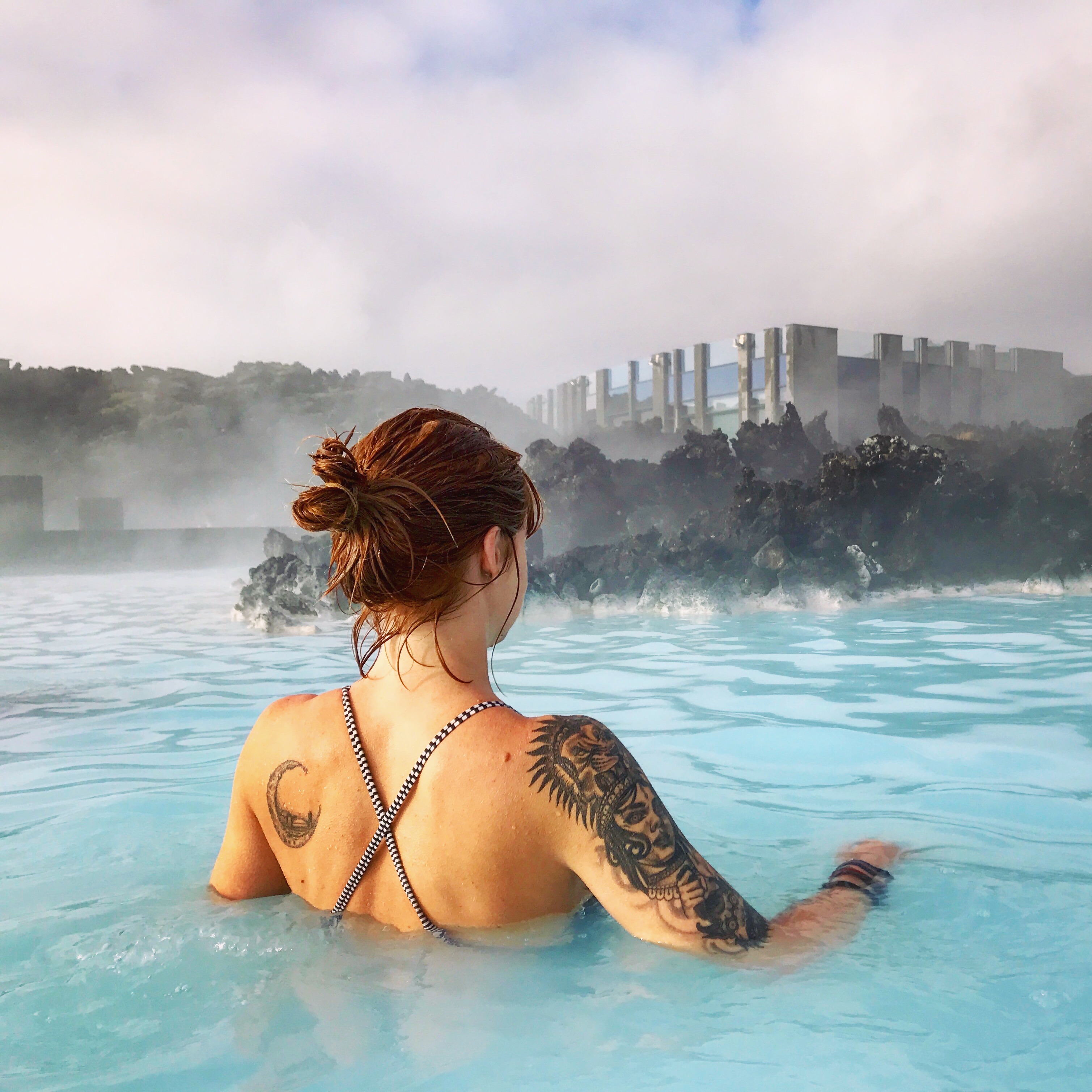 The Legend of Durga :

Once upon a time, many thousands of years ago…

Mother Earth was being overrun by demons. They were ugly snarling creatures that consumed and destroyed all who came in their path. One by one, the gods faced the demon hordes, and one by one they fell.

The defeated gods fled to the Himalayas. A divine place, yet untouched by vice and viciousness. They retreated there and found each other broken and hopeless. Together they despaired.

Finally, like the flickering of a candle, one deity remembered a prophecy. “This time has been prophesied!”, he exclaimed, hope glinting in his eyes. The rest of the gods gathered around warily, cautious to let hope back into their hearts.

According to the prophecy, demons would take over the world. The gods would be defeated, and there would be nothing anyone on earth could do to defeat the demon king and his armies. Only a female power could defeat the demons.

The gods looked around at each other and their maleness. They formed a circle and gathered the last of their strength. Together, they pooled their greatest abilities, power shining from their hands to meet in the center of the circle and shoot a pillar of light up into the sky, as tall as the greatest of the Himalayas.

Out of the luminous column rode Durga, on a lion, with eight arms, each wielding a weapon from one of the gods who created her.

Durga destroyed the demons with a look, and a laugh, but the demon king remained. He grew stronger each time Durga and her lion cut off his head. Everywhere he went, demons sprang up around him and selfishness infected the masses.

Durga alone realized the only solution was not related to the strength of arm, or to the brain. You cannot defeat hate with violence, nor solve the world’s problems rationally. Only through compassion, fierce compassion, can the demon be permanently defeated.

Durga pierced the heart of the demon king, and he was finally vanquished, his influence eradicated.

The gods rejoiced and praised her name. Shiva offered to name her Queen of the Universe, and they all begged her to accept. “Rule us”, they cried.

Durga shook her head, her form already dissolving. “I will be here, if ever you should need me again”, and she was gone. Returned to the earth from which she came.

Durga represents a compassionate rage that is the greatest tool in rescuing the world from its demons. She is the divine feminine power that suggests women may be especially equipped to save the world with loving kindness, without ego or personal ambition.

I see today’s world as very similar to the one into which Durga was born. I see the demons of humanity ruling the world, and I see our gods of justice, freedom, and equality retreating.

I also see Durga in the countless women facing the current political climate with fierce compassion. She has returned now that we need her, and the women are channeling her.

I hope to remember Durga’s power as I move through the world, and through these times. It may be the most daunting challenge I’ve encountered, but I am trying to face the ugly demons that make me cringe, with love, understanding and empathy.